US OPEN TENNIS THE CORONAVIRUS CUP 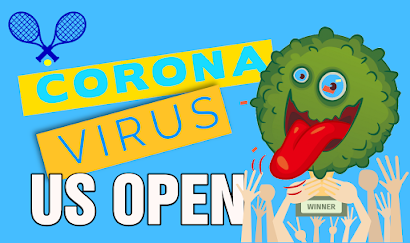 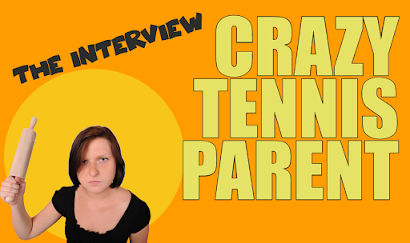 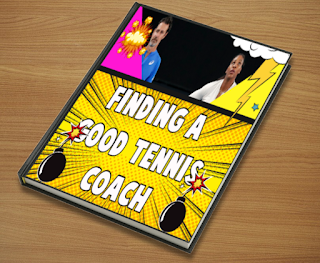 How to beat a pusher - Video 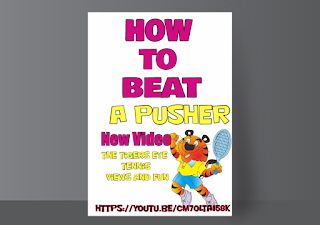 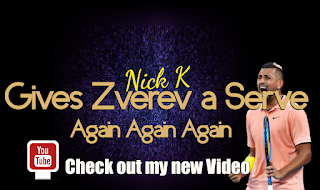 Guess who is back and not looking good for TNZ 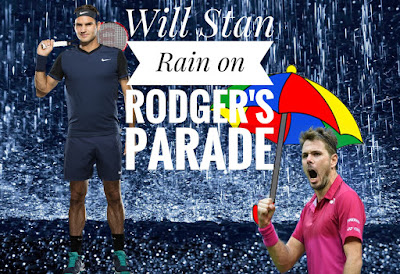 Stan is a different player when he gets a sniff at a Grandslam Title. Everyone hoping for a Federer and Rafa Final ..Stan just might rain on the parade. 18 /3 Head to head favors Federer. Fed has never lost to Stan on a hardcourt it doesn't count out Stan he is a much much better player than when most of the head to head wins over him by Fed took place. I think we are in for an epic. If Stan gets out of bed on the right side today its going to be a great match and nothing in this year's Open can be taken for granted.Three players with one-handed backhands into the Semi's, alone two-hander with Rafa will be making a statement and is my pick to hold up the trophy one more time!
Posted by steve1959 at 11:09 AM No comments: 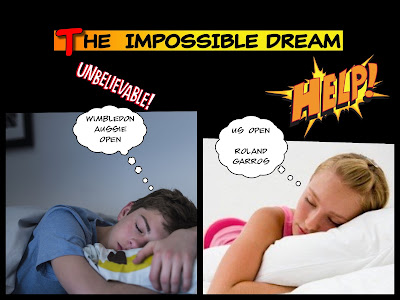 *after a hiatus in blogging I decided I would not write as regular and give tennis a chance to lift its game especially in New Zealand, sadly in a lot of areas it has declined further ...so I am back to call it as it is. These are my own personal views *

My first article back is named the Impossible dream. It's good to have goals and dreams however your dreams may differ from a realistic goal you can achieve, Unfortunately, young juniors are influenced by charlatan tennis coaches, giving juniors the Impossible Dream!

Here are some of the most recent unethical statements from supposed high-performance coaches who in my point of view have a gift of the gab, large ego and see dollar signs in pupil and parents eyeballs. I mean what coach would tell a pupil they will win the French Open Junior Title!. I will swim back to Australia if that happens in the next ten years by a Kiwi Junior tennis player.

I saw a segment on the News ..a great story until the tennis coach opened his mouth predicting top one 100 for this player. "Sorry, this won't happen". New Zealand has good tennis players just no one of that calibre in Men's Tennis. We have doubles players someone is shouting out in cyberspace...I politely return banter WHO CARES! Marina Erakovic is a fantastic role model however, I boldly state that no kiwi junior girl player currently has her work ethics or ability. The pick of the bunch is Ivanov who trains and lives in Australia and no doubt with Australia having grand slam wild cards to offer the temptation of turning Australian is a more attractive offer if she continues to improve.

Coaches in this country are the worst for poaching other coaches pupils,,, a short whisper into a parent's ear praising their child and then gives them THE IMPOSSIBLE DREAM scenario.
Well done coach another pupil paying $500 a week at a beaut academy.

Which brings me to the money part in that IMPOSSIBLE DREAM, which is fueled by rich parents who play the game through their child's eye. Tennis is and always will be an elitist sport. We have a lot of talented athletes in New Zealand. Tennis does not attract them and the answer to the equation WHY is affordability.

Most New Zealand older juniors opt for a USA College Scholarship ..great goal any handy junior player can achieve one. What I don't get many who have graduated come back to tennis coaching in NZ. My advice get a real job.

The Impossible dream driven by over the top parent is alive and well! They refuse to look outside the box or are not given the appropriate advice by the coach...in some cases, they are. Guess what they swap coaches until they get to hear that pathetic soothsayer prediction ..you will win the French Open! Sorry for being cynical ..or just delivering the truth.

I hope you do get your dream but it has to be realistic ..my advice stay away from coaches "with the gift of the gab"

BELOW IS ANOTHER ARTICLE RE THE COST OF TENNIS

The Games we Play

Viktor raged: You're terrible, the worst in the world! Serbian tennis player Viktor Troicki completely lost his nerve at the finish details Albert Ramos, who lost 3-2 in sets "Fault (fault), fault," exclaimed Troicki, and then went to get the ball to show the judge that it was left lime and did not hit the line. 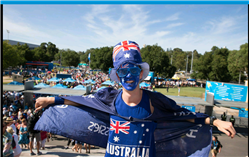 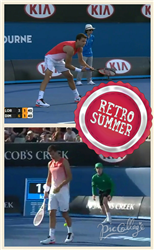 Ok Ive been on a hiatus , I have been keeping the tigers eye on tennis events so first post for a while won't be watching early rounds of the women's as they battle for the best scream loudest grunt and best dress. The men's tennis will be ok to watch as early rounds will sought out the Men from the boys. Will Bernard Tomic continue his voice impressions ? How long will it take Nick Kyrgios to get a code violation, Will we have to watch another Hewitt Five setter and which Aussie Women except for Stosur will be singing I now call Australia home. I will say the two women players I refuse to watch Wozniacki and Stosur both went out first round.Typical and that's the reason I don't watch them most times they could not fight their way out of a wet paper bag in Grand-slam's.

One day in and French Player Benoit Paire wins the first SOUR GRAPES award.Read Here
You either LOVE Nick Kyrgios or HATE him this year I am on Team Nick ! Read Here
Two young Americans to watch out for this year Noah Rubin Read Here and Taylor Fritz read here both players of potential especially Fritz. And Australia teen Omar Jasika won his first round match yesterday certainly is a grinder .Read Here.

Will Nadal be a threat this year watch my short video of Nadal in practice HERE. It was not a bad day 1 with news of betting scandal ...any one want to back Cilic?

Its Ok To be a pusher

I need to republish this post , recently I heard comments which relates to this subject! Wrote this in 2012..... 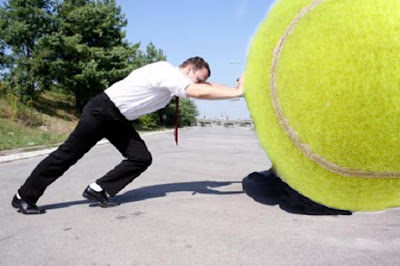 This is my first post for some time and I hope to get back with more regular entry's.Through out my coaching career I have heard parents and players use the excuse of losing a match to the fact their opposition is a pusher...What is a tennis pusher? Tennis pushers are the types of players that do not play glamorous tennis, yet they are able to win tennis matches through their keen use of tennis strategy and placement.The player and their parent have to get over the loss and not just put it down to the "pusher they played" and work out why they were able to beat little " Johnny or Mary" Usually this type of player has the ability to make their opponents play one more shot..keeps the ball deep and doe not make errors. They dont have the attacking skills of a Federer and not able to hit winners at will but play a very conservative game.To often players write this loss off to a "pusher" as an excuse and they must address their shortcomings.I often here Parents say " oh he was just a pusher that's why he/she beat my child, who would want to play like that." Hello Mum and Dad! a tennis match is all about winning! Obviously that player had the correct game and tactics to beat your rising star who obviously does not like hitting lots of shots and try's to finish the point to quickly.Tennis pushers are usually dreaded opponents because they seem to make you beat yourself. Im guessing in the pro men's David Ferrer or Bernard Tomic could be called a pusher, Ferrer makes you play a lot of balls, hes fast and has good control, Tomic is unorthodox hits slices, slower balls , drop-shots etc. So many of us have lost to these sort of players and they leave the court shaking their heads wondering how they could of lost to a player like that.

The "eyes" tips for success against a so called Pusher.

1. Keep your feet moving! You have to work harder no pace on the ball makes you make the play , slow footwork will not work against a person who gets the ball back with no pace.

2.Be patient the "put away shot will eventually come" keep control and make the player work hard eventually your power game will force a short shot for the winner.

3.A smart pusher will try to get in your head space! They will thrive on your negative body language or the verbal comments "this guys a pusher!" the more they see your frustration the more they will keep doing what they are doing!

Its true no one likes playing a "pusher" follow a game plan and stick to it and you should come out on top, often players self destruct with frustration .Keep your focus on winning the match let nothing distract you.And for all you pushers out there! Keep doing what you have to do to get a win!
Posted by steve1959 at 9:20 AM No comments:

Yesterday I received a comment on my blog. I certainly have not been active lately  as with Tennis in NZ especially at the top area of the game and Admin it seems like you hit your head against a brick wall.However I will post this comment and will follow up

"Hi Steve, I recommend you speak to the parents of 2 of the girls who are no longer with Tennis NZ. Believe me, they have the inside scoop and it is not pretty. And what is with the recent selection they have made for a play-off tournament to win a trip to Singapore? No sign of our top players?? Is this because they want to guarantee that their precious elite kids win the prize? Looking at the calibre of kids they have selected, Tennis NZ is going to be the laughing stock of the tennis world. "

In general readers are you happy with the state of the game? Coaching ? this blog always attracts a lot of attention so happy to air views and follow up and make my own comments.